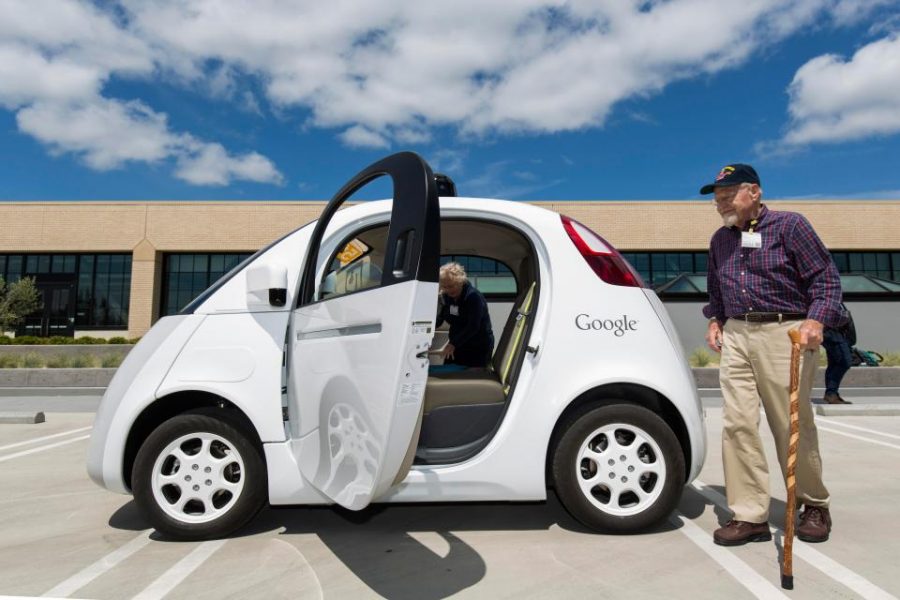 A passenger approaches a self-driving car.

The modified ford fusion roams and learns in the Villages Golf and Country Club, a little community around a golf course with just over 4,000 residents, where the average age is 76. Voyage, a daughter company of Alphabet, determined this area was the best due to the freedoms from a private community. It allows Voyage to make changes to these cars without much consequence.

Enforcing a strict 25 miles per hour speed limit throughout all roads also lets the cars learn in a safe environment, without too much risk to the passengers. But the self driving car is not the only one who benefits from that deal.

“The driverless car would be far less risky than the drivers that we currently have.” Said Bill Devincenzi, the former board president of the villages.

The residents of the area love the cars as well, which plan to act as free shuttles for the community, requested through a smartphone app. Residents no longer have to worry about a number of things that the car solves, and even lets the residents do things they could not do before.

Passengers of the car will no longer have to worry about parking. With most of the residents being elderly, handicap parking spaces are scarce, and often people have to show up to events hours in advance in order to make sure they can even make it to the event. “From that perspective, I think the self-driving car would be great,” said Nancy Green, 88, a resident at the Village that have used the car.

It is also cheaper for the village as a whole, as the need for some type of transportation within the community arose, the village looked into creating a shuttle business. However, they did not have enough money to hire a full time driver and they could not get enough volunteer drivers to meet all the demands