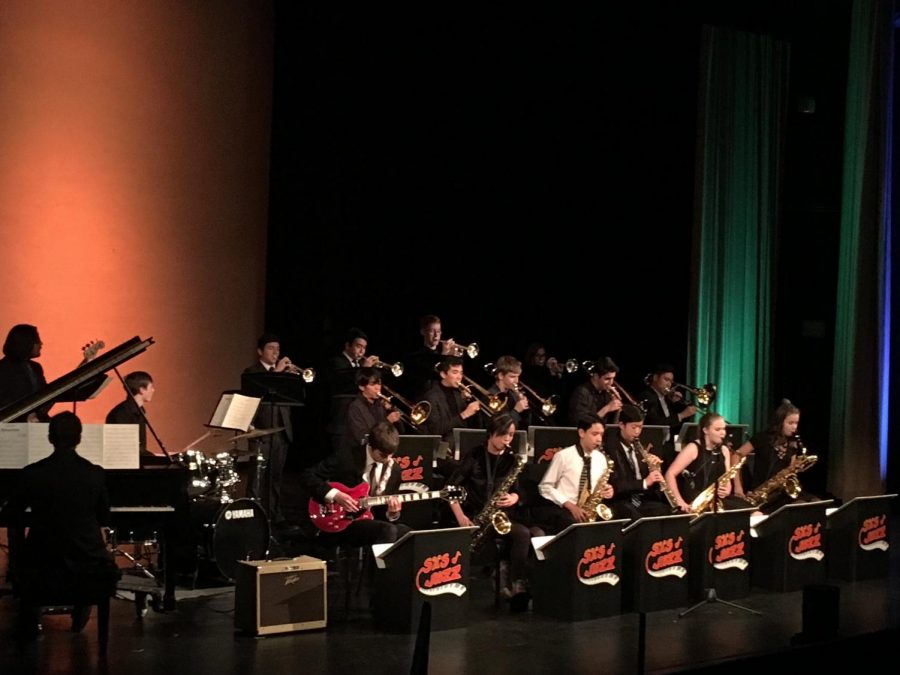 Last week on October 19th and 20th, a collection of Schaumburg’s most talented students took the stage in the annual Variety Show entitled “Saxons Storm the Stage.”

“Being out there gives me a thrill with the crowd cheering me on,” stated Trinity Blackwell, a senior who brought the crowd to their feet with her hip hop dance routine. “It’s an amazing feeling. This is my last year here, and I want to go out with a bang.”

The acts were selected after a series of audition in hopes of creating a well-rounded, diverse show.

“Some of the performers have artistic training and others are here because they have a great, natural talent for something,” Mrs. Micheletto, director of the Variety Show, comments. “I absolutely love directing variety show because of the creative outlet it provides; it lets me interact with a group of students I don’t normally get to interact with.”

“I [was] really excited to see such diversity in our acts this year,” choralier member and SHS sophomore Emma Davenport explains. “I think our new artists chose the perfect venue for their debut.”

In the second act of the show, junior Molly Iskum and sophomore Jackson Borre performed a magical violin and cello duet for this year’s performance; however, for many, just the opportunity to be part of the show is what mattered.

“I’m with my friends, I get to play an instrument that I love, and the people are just great,” Iskum stated. “Everyone put so much time and effort into this production, especially tech.”

Even show participants were in awe of the production.

“Students showcase skills that they might not show every day, and they get to show that on a public stage,” said Bennett Ray, senior and emcee of the production.

“[The show] shows how much variety is actually in our school,” states junior Monica Nelson. “It’s not as well-known as the school musical, but it’s cool to see your classmates put themselves out there. Performing on a stage in front of your peers is a good experience and has a good takeaway.”

Nelson performed a modern dance routine at Variety Show to Adele’s “All I Ask.” She chose to dedicate her breathtaking, emotional routine to her grandpa.

Two nights is never enough to showcase all of the talented students at SHS. There are always more opportunities to witness Saxon performers on stage; make sure to take the next opportunity to support our artistic and gifted students.