It’s summer…Why am I in school? 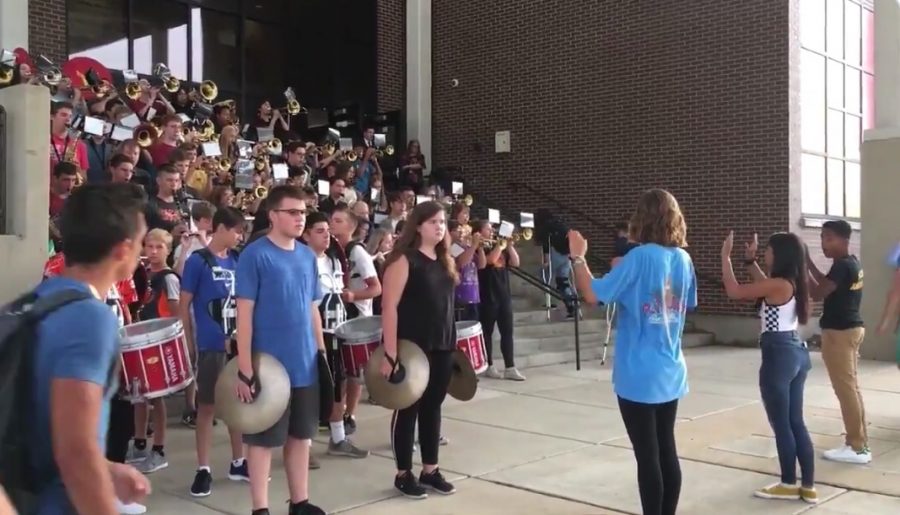 The SHS band welcomes students back on the first day of school.

It was August 12, the peak of summer. The temperature in the Chicagoland area is a perfect 82 degrees. A beautiful day for the beach. Not a care in the world for many American high school students, yet for D211 students, school classrooms were filled.

For some schools, starting after Labor Day is the norm. It allows students to go on extended vacations and work throughout the entire summer.

As a sophomore in high school, I don’t know what starting school after Labor Day feels like; I’ve never experienced finals after winter break or staying in school past June. Yet, I still feel like we are missing out on the prime part of summer. We’ve lost time that should be spent on the beach or outside somewhere enjoying the sunshine and warm breezes. Instead, we get air conditioning and fluorescent lights.

Starting school after Labor Day allows for extended vacations and a smooth start into the new school year. The fact that some argue that starting school later means that the school year will simply end later… implies that there is no difference. A late end to the school year, however, would mean that summer vacations can actually be spent during full, optimal, summer time.

Ethan Rumowski said, “I’d prefer school to start later, so more of summer is spent in the warmer months.”

Spending summer in the warmest months allows for an array of summer activities. It’s the perfect time for picnics, cookouts, and hanging out with friends outside.

Also, starting before Labor Day causes things to seem disjointed. D211 High school students start going to school, and then Labor Day breaks up the school schedule right when students are just getting into the groove of things.

In some cases, starting school later can allow students to perform better in school. Summer life must be balanced with summer school, sports, and other extracurriculars. The extra time between those activities and the start of the school year would allow them to give more effort on these assignments.

“I’d rather start after Labor Day,” sophomore Audrey Lapp added, “because I usually have summer school and sports that run until the beginning of school. Starting after Labor Day would give some time to catch up on schoolwork assigned at the end of the previous school year.”

Not only are there benefits to starting school after Labor Day, it also resounds well with the students. Overall, starting after Labor Day allows students to enjoy summer to the fullest.

The official end of summer is on September 23, yet we are already one month into school. The leaves haven’t even started changing color.

Unfortunately, a change to the school calendar allowing students to start after Labor Day is out of our hands. Our school calendar may minimize our summer, but SHS students can still make the most of the school year. Good luck with 2019-2020, Saxons.