Why Wear It If You Don’t Skate?

Next time you’re in the halls, the media center, or the cafeteria, pay attention to the brands people are wearing. Chances are you’ll see several students sporting the Thrasher logo. Cool, right? But this begs the question: should people who aren’t a part of the skate culture be allowed to wear Thrasher? 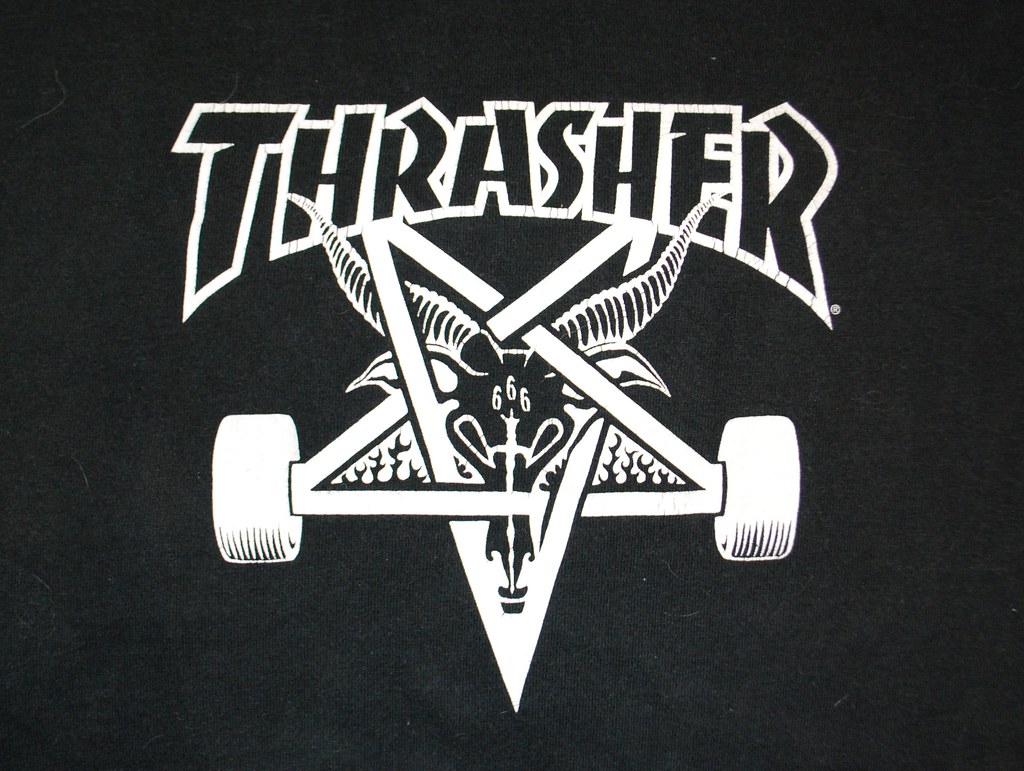 image courtesy of FlickrFounded in 1981, Thrasher quickly became a mainstay in the skateboard culture.

But, Thrasher is no longer worn exclusively by skaters. It has been hijacked by the mainstream. Skaters spend hours practicing their tricks. They break bones and sport countless bruises and cuts; it’s how they devote most of their time. Seeing non-skaters sporting Thrasher gear feels like a slap in the face. They haven’t earned the right to be part of the skate culture.

Wearing Thrasher used to signal your anti-authority attitude. Your rules don’t apply to me. Skaters didn’t, still don’t, and probably never will care about what others think. They had their own subculture with their own style, their own music, and their own opinions.

“I don’t think that people who aren’t a part of the culture should wear Thrasher because it ruins the exclusivity the skateboarding brand carries,” senior Daniel Moskal said.

While many believe that those who mainstream Thrasher and Supreme are posers and discredit the identity of skaters, others believe that moving the clothing into the mainstream promotes skate culture and inspires new skaters.

“You should be able to wear what you want based on if you like it,” Mr. Koschnitzke said. “You shouldn’t be separated or picked on because you don’t skate. If it’s a cool shirt, wear it. If it makes you feel good as a person, enjoy it. I bet the person who created it would be just as happy.”

“I can see how it would offend people who aren’t into the culture because they didn’t earn their stripes,” said Mr. Cho. “But at the same time, skateboarding used to be underground and now it’s mainstream. As a skateboarder, we’re trying to promote it even more, trying to make it mainstream.”

Gaining popularity and acceptance increases skaters athletic credibility; however, as a skater, I prefer to live on the fringe of society. I prefer to have my own culture to be part of. I can be friends with everyone, but everyone shouldn’t look the same. Many of my friends don’t skate, and that’s OK. They have their thing, and I have mine.