Seatbelts Save Lives—Except on Buses 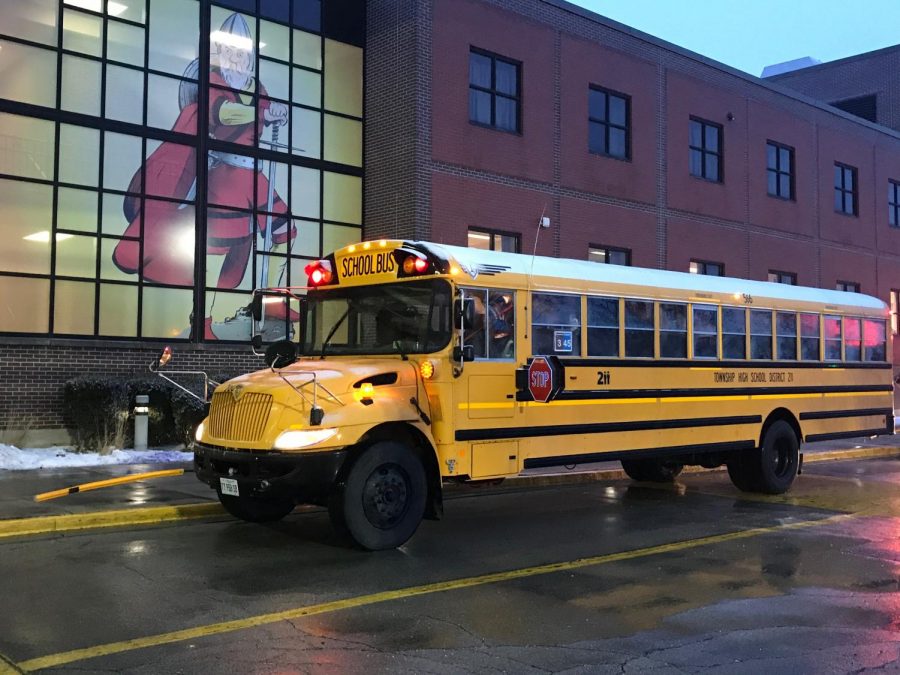 District 211 is one of many districts that currently do not have seatbelts in their buses.

When children leave for school, they do so under the presumption that school districts across the country understand that their primary job is to ensure student safety. For many students across the country,  the school day begins the moment that they set foot on the school bus. This vehicle, generally regarded as a safe mode of transportation, is lacking a basic safety feature mandatory in all other automobiles—seatbelts.

Every day across the country, nearly 500,000 buses carry more than 25 million students to and from school and activities. Thankfully, bus accidents are statistically uncommon. That being said, each year, about 17,000 children are treated in hospital emergency rooms for injuries associated with school buses.

A 2017 National Highway Traffic Safety Administration report showed the average number of school bus-related fatalities was 30 deaths per year and that 0.4 percent of national traffic fatalities were school-transportation related.

The compartmentalization of school buses was designed with safety in mind. While compartmentalization provides protection in a head-on or rear-end collision, some experts argue that children can still be tossed side-to-side during an accident, causing injuries and even death according to School Transportation News. In side-impact crashes or high-speed rollovers, compartmentalization was not enough to prevent all injuries; for some of the children involved, however, a seat belt would have reduced injuries or even saved lives.

Several states have made it mandatory that buses are equipped with seatbelts, with Texas and California even mandating three point seatbelts, such as the ones in cars.

It makes no sense that children be allowed to ride school buses without mandatory seatbelts. If an individual driver can get a ticket for not wearing a seatbelt, why is a bus transporting up to 70 children allowed to operate without them?

To be fair, there is no law mandating seatbelts in school buses; however, D211 prides itself on providing progressive education and improved school and athletic safety procedures. District officials should take the lead and take an important step in ensuring the safety of students. Installing seat belts on school buses is the best way to protect students while they are traveling on the bus to and from school.

D211 is a large and influential district; if they were to make seatbelts on their buses mandatory, other districts would follow, protecting even more children. The children most likely to take the bus are also those most likely to get hurt in the event of a crash—elementary school children. If D54 and other elementary school districts were to require seat belts, the children who ride the bus daily would benefit greatly.