My Day As An Election Judge 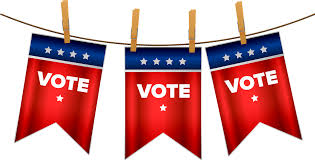 With unfounded claims of voter fraud, my day as election judge passed without incident.

Plenty of people, the President included, have been loudly proclaiming that there exists a shadowy conspiracy that operated to twist the recent election.  Now that the Electoral College convened to officially count the Electoral Votes reflecting the different state elections, I thought it would be useful to share a behind-the-scenes look at election from the eyes of an election judge.

The morning of Election Day, November 3rd, my alarm blared at exactly 4:30  A.M.,  indicating that my day as an election judge had begun. All election judges were expected to arrive at Robert Frost Junior High School at 5:00 A.M. In the gymnasium, I was assigned to precinct 11 with two other election judges and a poll worker.

From 5 to 6  A.M., we worked together to set up the laptops or e-poll books and other machinery while following a given handbook for Election Day. As I was setting up, I remember noticing several people already lined up outside the entrance to vote. Officially, voting starts at 6 A.M. and ends at 7 pm, so seeing people already outside ready to vote shocked me and my coworkers. But of course, no one was let in as there were strict regulations to follow. Once the clock hit 6 A.M., several people rushed in to vote at their designated, authorized precinct zones. Election judges make sure that every voter was handed the right ballots as well as a privacy shield.  They also ensure that voters do not leave behind any persuasive campaign items.

As soon as people vote, they leave the premises immediately. Voters were not allowed to stay back and observe other voters or commit voter intimidation. There are official poll watchers who serve as observers who ensure that all the proper measures are being taken by the workers at the polling place.  Only one poll watcher was assigned to our location, but they were restricted from watching the voters cast their ballots–they are there to monitor election judges and poll workers, after all.

Election day went by pretty quickly with no major problems. The technological hardware–other than the voting machines–was old but even still, there was no possible way for an election judge to mess with the actual votes.  They are cut out of that by design.  Additionally, there were several instances of voters requesting a provisional ballot. According to other election judges, because of COVID-19, the usage of provisional ballots has increased. Provisional ballots were utilized when a voter had not received a requested mail-in ballot or wished to vote in person after requesting a mail-in. But the provisional ballots are only opened if the state had not received a mail-in ballot from that person. Some critics like to hypothesize that the provisional ballots can allow for voter fraud–allowing for people vote twice, but even so only a single voter ballot would count toward the election.  Such ballots could, therefore, not be used to inflate numbers.

Overall, there was not much to do during the open hours until it came time to pack everything up. Unsurprisingly, everyone in the gym scurried to pack up and head home, while carrying out a set procedure for closing time. When we were all finished packing up the equipment and finalizing all the necessary documents, it was time to decide who would deliver all the paper ballots. While ballots are scanned through a scanner, all paper ballots and printed ballots must be placed in a specific bag and dropped off at a specific location for extra security. Every ballot was secure and locked up with plastic locks, ensuring that no mishaps would occur. Once finalized, we said our final goodbyes and headed home.  For those who might worry that the electronically generated ballots are subject to hacking, all the touchscreen voting machines render paper ballots reflecting a voter’s choices. When it comes time to certify or audit a vote, the paper ballot–and the names selected by the voter–are what (literally) counts.

My day as an election judge was very straightforward and required only patience to deal with the technology and equipment. There were no major mishaps or secretive actions dealt with by the voters or any of the election judges or poll workers. The entire day went by smoothly without panic or concern. It is quite farfetched to say that election fraud even occurred as the set procedure did not allow room for any fraudulent actions.  The first Election Day I had ever worked for was quite unusual, due to COVID-19, but it ran smoothly and was very interesting to observe with high political tensions.  There are many dedicated people out there who are working hard to protect our democratic process, and I hope that by providing some insight into the actual processes behind the scenes of voting, this article alleviates the misconception of election fraud.