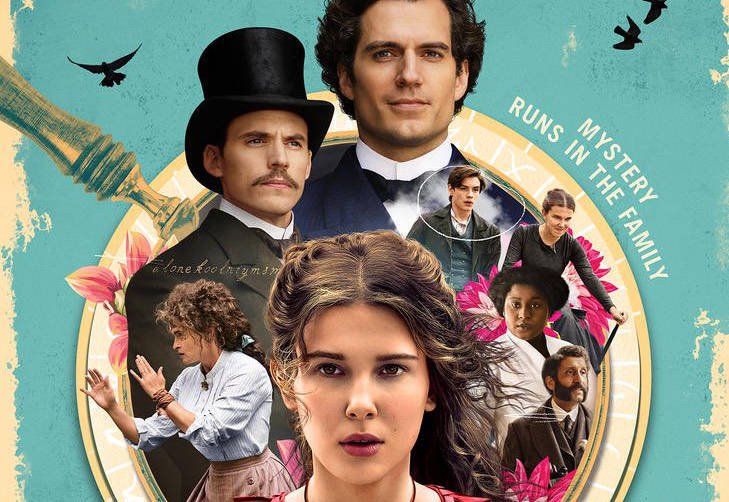 "Enola Holmes" traces a girl's search for her missing mother.

In yet another in the long line of Sherlock Holmes inspired series, Netflix’s mystery film Enola Holmes made its debut on the platform on September 23, 2020. Starring Millie Bobby Brown (Stranger Things) as the main character, Enola, the film is engrossed in social reform, particularly the women’s suffrage movement in 1884 England. Based on the first book of Nancy Springer’s series The Enola Holmes Mysteries, the movie does have its differences; however, it still captures the suspense and action that I crave in mysteries.

Enola (the younger sister of Sherlock Holmes), living only with her mother, grew up by developing versatile skills and talents out of curiosity and resourcefulness. On her sixteenth birthday, her mother, Eudoria, mysteriously disappears from their home without consulting Enola on her whereabouts. Enola places an emphasis on how her name spelled backwards is “alone,” accentuating the solidarity she felt growing up and after her mother left her. Enola’s brothers return to care for Enola and attempt to discover their mother’s location; however, Enola leaves her beloved home to finally venture into the outside world and to find her mother herself. She encounters a multitude of people throughout her journey; however, some have it out for her and her companion, a boy named Tewkesbury, whom she met on her travels.

Though surprisingly well-done, I started out as highly skeptical of the movie. While the movie began slowly, the plot and character development strengthened as it progressed, luring me into characters’ lives in an attempt to solve the mystery myself. Louis Partridge plays Tewkesbury, and Henry Cavill plays Sherlock Holmes.

Enola Holmes has a deep root in crime and mystery, and the director, Harry Bradbeer, has directed multiple films involving crime and mystery, such as A is for Acid and The Brides in the Bath. His experience in this genre allows him to effectively portray the entirety of the plot. The writer, Jack Thorne, actually really surprised me. Enola Holmes breaks the fourth wall, meaning Enola  directly talks to the camera about her plans and history, enhancing the viewer’s understanding of the story and cinematic experience.

Setting the scene in Victorian England in the late 19th century, the cinematography can be described in one word. Outstanding. And when I say outstanding, I actually mean it. Accurately illustrated in the movie, the bustle of London intrigued me due to how smoothly the camera captured the scenes. If I would remember any one setting in the movie, it would be of London and the hundreds of people living different lives, all tense from politics. The women’s suffrage movement played a role in the film, proving that women could do anything men could. Though a lady, Enola managed to leave her home at the age of sixteen and follow her calling in order to find her mother.

Overall, I would recommend this movie to anyone who may be enticed by mystery novels, as well as streaks of family, politics, and romance. The grasping plot pulled me in, but the actors and actresses all successfully brought the film to life. Either way, you can never go wrong with queen Millie.