The Science Behind Christmas Music 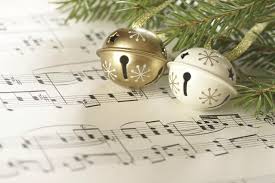 While science can analyze what makes a happy holiday song, there is no replacing feelings of nostalgia.

Christmas music is one of the most exciting parts of the holiday season. And if you’re anything like me, by July, you’re wanting a little Mariah Carey. There is just something about it, it never fails to make me happy. So, I started thinking, why does Christmas music make us so happy?

Well, there is science, an equation, behind the music. Just like any other song, tempos and key signature have a major effect on the mood of the music. A slow tempo song will be less upbeat than a song with a faster tempo. The average tempo in charting holiday songs is 115 beats per minute. Along with this, some keys will have undesired effects in a joyful holiday song. C# minor, for example, can leave a person feeling despair, wailing, and weeping. D major on the other hand, produces feelings of triumph and victory. Neither is the aim of holiday music, so these keys are not popular in holiday tunes. The most popular keys are major, specifically C or A major. C major is described as innocently happy, completely pure, and A major is joyful and pastoral. Seems spot on for holiday music.

While these ingredients in our Christmas pie are understood and explained, there are other factors too. 4/4 is the most popular time signature, and 49% of Christmas songs that charted the week of Christmas prominently featured sleigh bells. Popular words, such as “snow,” “party,” “tree,” “Santa,” “love,” “home,” and “cold” show up time and again.  Additionally, of the top 78 holiday songs, 10 songs were performed by Micheal Bublé, and the top song was of course, “All I Want for Christmas is You” by Mariah Carey.

After analyzing all of these elements, Dr Joe Bennet created the formula for the “happiest Christmas song ever.” “Love’s Not Just for Christmas” is scientifically engineered yuletide cheer. The lyrics were written by Harriet Green and Steve Anderson, who have penned hits for Britney Spears. Back in 2017, the song was recorded by the London Community Gospel Choir.  Sleigh bells play a prominent role and the word Christmas is sung multiple times, plus the lyrics mention many other words popular in holiday music.

After listening to the song for myself, I can agree that it sounds very similar to popular songs. And, it certainly made me happy (the sleigh bells helped a lot). I could see the song being a big hit if it was recorded by a popular artist. However, I don’t think it can be called “the happiest Christmas song ever.” The magic of the holiday season can’t all be explained by science. Much of the joy of the season comes from the memories associated with it, and the music is no exception to that.

While there are many common themes in popular holiday songs, science isn’t the only reason holiday songs never fail to put a smile on my face.