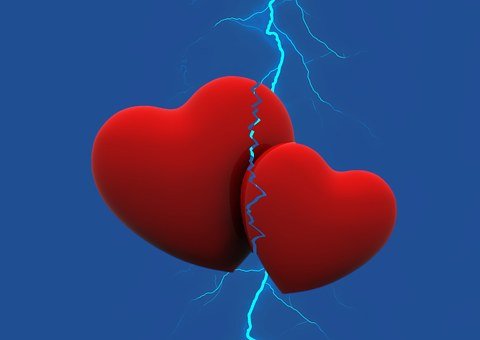 For decades, musicians have used music as a platform to air grievances, and today’s artists are no different. However, the vitriolic backlash prompted by Olivia Rodrigo’s “Driver’s License” (released on January 8, 2021) reflects a simplistic, one-sided account of a far more complex relationship. With fans taking sides and making threats, all the drama has exploded.

Joshua Bassett, starring as Ricky Bowen in Disney+’s High School Musical: The Musical: The Series and the main target in the song, was rumoured to have an offscreen relationship with Olivia Rodrigo, who played Nini Salazar-Roberts on the same show. Dating on screen, many believe that Joshua, now 20, said he would wait for Olivia, 17, for them to have a proper relationship after she turned 18. However, Joshua has since moved on with Sabrina Carpenter, a 21 year old artist.

Though Rodrigo did not say the song was about Bowen, many fans made the connection through her lyrics. One phrase of the lyrics, “And you’re probably with that blonde girl/Who always made me doubt/She’s so much older than me/She’s everything I’m insecure about,” insinuates her discomfort in Joshua’s new relationship with Carpenter (a blonde). Originally, the song had a brunette instead of a blonde. To add further fuel to the fire, Rodrigo also wore Bassett’s jacket in the music video.

Once the song was released, Joshua posted his support for Rodrigo’s song on his Instagram story. However, he received major backlash due to breaking Rodrigo’s heart. Fans even went so far as to send him death threats and made jokes about invading his privacy and showing up to his house for a fight. Carpenter also received the same backlash for her role in this perceived love triangle.

However, this story goes deeper. “Although Carpenter claims her new release “Skin” is not directed towards anyone specific, people believe her lyrics are a response to Rodrigo’s “Driver’s License.” For example, Sabrina sings “Maybe “blonde” was the only rhyme/ The only rhyme” and “You’re tellin’ it how you see it/Like truth is whatever you decide.” Sabrina tells her side of the story on how they possibly could have been friends; however, because Bassett is now with Carpenter, Rodrigo’s fans are upset with the lack of sympathy. They said all Rodrigo did was sing about how Carpenter made her insecure, while Carpenter sang about what Rodrigo lost.

For decades, artists and bands use the media to settle their problems with others. Taylor Swift and Kanye sang about each other. Tupac and Notorious B.I.G battled it out in song. Even John Lennon and Paul McCartney sang about their anger at one another.

We like to believe that music is an escape from life’s stressors, but in reality, musicians write about what is important to them. If others happen to be the target, so be it. Drama sells. But, should musicians be forced to take accountability for what their lyrics incite? Well there’s the rub. In today’s world, opinions are not merely shared with friends, face-to-face; they’re broadcast on social media and take on a life of their own. Musical feuds used to be fun, seemingly light-hearted means of settling scores. But with threats of violence and abuse, the seemingly innocent drama has exploded into the realm of the inappropriate.

Sure, Rodrigo could have avoided all of this had she not used a public forum, but doesn’t she have that right. Both Rodrigo’s and Carpenter’s songs are great musically, however, their intertwined problems have caused a greater rift between fans and the celebrities. Some fans are skeptical and believe this situation has been manufactured solely for publicity, while others are siding with Rodrigo rather than Bassett or Carpenter. In today’s world, maybe the drama just needs to be handled privately without fans inserting their input and threats. Maybe then, music can be what we need it to be: a way to connect with one another rather than a way to fight one another.