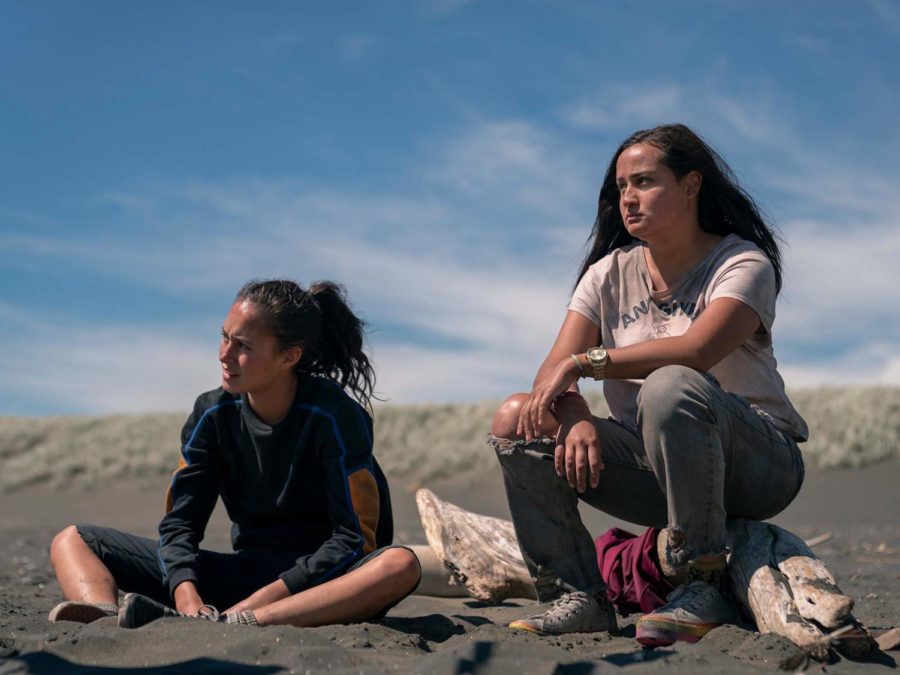 Amazon's "The Wilds" is a modern day Lord of the Flies social experiment.

On December 11th Amazon Prime Video released the now hit young adult YA tv show The Wilds. The show, created by Sarah Streicher, follows a group of teenage girls who have been stranded on a deserted island after a plane crash. But there’s a twist, the girls, who are traveling for a women’s empowerment trip, are unaware that they are part of a social experiment.

Early in the show, the audience becomes aware of the fact that the crash is staged and all part of an experiment orchestrated by Gretchen Klien, (Rachel Griffiths) to prove that society can continue without men. Now “stranded,” the girls will need to work together in order to survive.

Hearing about the show through TikTok, it felt like another basic castaway show, a female Lord of the Flies. For the next couple of weeks, this show kept popping up on my feed. The first episode was not as great as people were describing it to be, the writing was cringy, acting was okay, but the thing that did it for me was when the girls started singing an acapella of a Pinks’ “Raise Your Glass” when a character died, unironically. After that first episode, however, the storyline became clearer and the acting and writing revealed an intensity that made it hard to stop watching.

Not only did I finish the series in one day, I actually rewatched it. Turns out it’s not just me, The Wilds received so much positive reviews and praise for its writing, acting, and plot that in the same month the series was released, it earned a renewal for a second season.

The scenery for the show was magnificent! Shot in New Zealand, the audience can appreciate how the natural beauty juxtaposed the intense conflict development.  It simply enhance the amazing chemistry among actresses.

In addition to the writing, acting, and plot, the representation was phenomenal. Jessica Mason, a writer focused on queer representation and women on television, says “The Wilds is remarkably intersectional, with Black, Indian, Asian, and Native characters who also encompass different faiths, classes, and sexualities.”

Each character has a different backstory, and as the audience learns more about them, the more transparent they become. Shelby Goodkind, portrayed by Mia Healey, is a queer teen girl that is flooded with internal homophobia and is living with a father that leads conversion therapy groups. Toni Shalifoe, portrayed by Erena James, has no present father and addict mother who is in rehab. Dot Campell, portrayed by Shannon Berry, sold drugs in order to take care of her terminally ill father. The other girls also have many different hardships they go through. This show shows viewers that teenagers suffer from internal struggles, but the struggles are not too intense to make them feel unrelatable.

Even though throughout the show there are a few cringey moments, overall The Wilds is an amazing show that has a different take on most castaway shows. Many fans, including myself, cannot wait for the second season. Fans already have many questions, will the girls find out about the experiment?  How will romantic relationships progress? Will everyone survive?