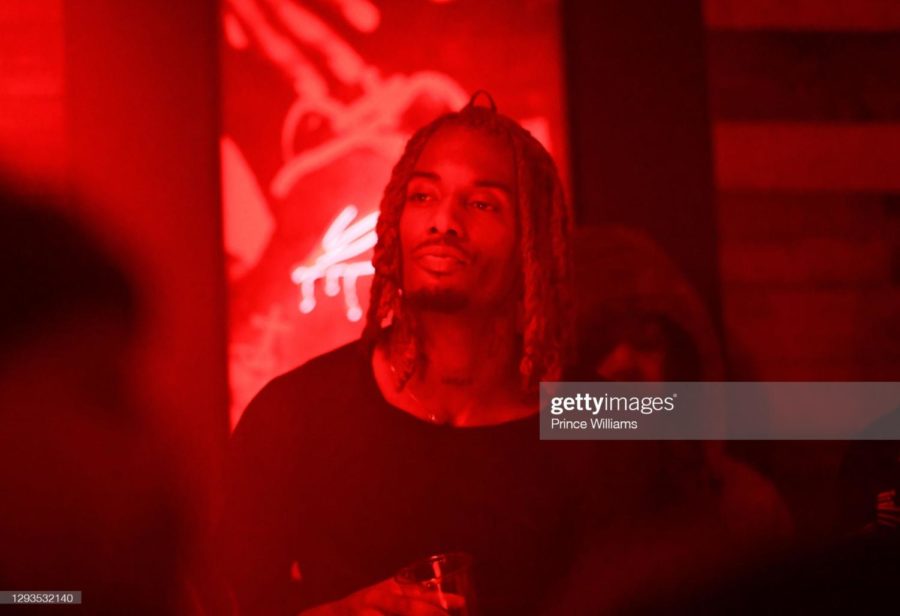 In the two years since the release of Die Lit, Playboi Carti’s cult-like fanbase had been listening to 15 and 30 second snippets of new songs, simply imagining the potential in the upcoming album. However, on the night of release, fans worldwide were surprised by the difference between the leaks and what he had officially released. What fans received on December 25th was essentially a resurrection of punk rap/trap.

Whole Lotta Red was finally released on December 25th, 2020 after numerous delays and debuted at number one on multiple Billboard charts, with multiple songs reaching the Top R&B/Hip-Hop Songs. Fans had been waiting for this album since the release of Die Lit back in 2018. Fans were expecting the album back in April with the release of a single called“@MEH” on the 16th.

Carti reignited punk rap/trap with inspiration from vintage vampire movies, even rapping on “Toccata and Fugue in D Minor,” a 1704 musical composition done by Bach on “Vamp Anthem,” one my favorites in terms of creativity.

The entire night of December 25th was a wild ride for Carti fans as he released his music video for “M3tamorphosis” with Kid Cudi that same night.  Carti went live on Instagram where he appeared to be partying, while his ex-girlfriend Iggy Azalea (with whom he shares a child) used social media to discuss his repeated infidelity during her pregnancy.  She detailed how he flew out to Philadelphia to play PS4 with his friend, Lil Uzi Vert, on the day that their son was born through a scheduled C-section.

The album received a lot of opposition starting the week before its release. The initial backlash resulted from his merchandising, because the featured satanic imagery of inverted crosses offended many people. As soon as the merch was released, many memes and jokes began circulating with people claiming they would not get into Heaven because they had bought the merch.

On the night of release, unfortunately, even devoted fans found themselves disappointed. There were theories that multiple collaborations and features would be included on the album. To be fair, much of this resulted from Carti himself tweeting at other artists including Travis Scott, Post Malone, and Pharell. It implied that he was tagging artists with whom he’d recently recorded.  However, when the album was finally dropped, there were only 3 features: Kanye West, Kid Cudi, and Future. Compared to the sky-high expectations, this left eagerly awaiting fans dissatisfied.  Additionally, fans were upset about his alleged flaws as a parent who has has failed to provide for his child, Onyx. Some called him out to be a “deadbeat father.”

Although many were quick to spread hate, the album lives up to the hype with its signature tracks such as “Rockstar Made,” “Stop Breathing,” “Vamp Anthem” and “New Tank” being some of my favorites. Compared to his old music from his albums, Die Lit and Playboi Carti, the old material almost sound boring in comparison. Both albums already offer a variety of music, with Die Lit already offering some of the most extreme music I’ve heard–tracks like “Home (KOD),” “R.I.P.,” and “Mileage” ft. Chief Keef come to mind. However, none of his other music matches the insanity provided by Whole Lotta Red.

The stylistic shift from Die Lit to Whole Lotta Red angered fans as they expected a continuation of same type of music from Carti. The lyricism and excitement featured in Whole Lotta Red simply cannot be matched with Die Lit or his previous works. Also, Carti’s eased off his signature “baby-voice” where he would rap in a very high-pitched tune and ditched it for a deeper, raspier voice, where he almost sounds as if out of breath. Also, his collabs with Pi’erre Bourne were limited, with Carti calling out his label for this change in “Punk Monk.” Although the album received hatred for it’s different sound, I believe such evolution and change is necessary for all real artists, Carti included.

One of my bigger criticisms about this album were the unnecessary tracks that felt out of alignment compared to the others on the album. The two tracks, “New N3on” and “Place” felt much slower and boring comparatively speaking. Both are still amazing songs, just do not fit in the album in this particular order. Also, “Go2DaMoon,” featuring Kanye West, felt more like a Kanye song rather than a Playboi Carti song. It featured more of Kanye’s production (mellower than other songs), and his voice for the majority of the song which made it a bit unbearable on a Carti album.

However, I cannot wait to see what Carti will provide for his fans on the deluxe album. He has already been teasing it on his Twitter and, hopefully, it’ll come out soon so we can enjoy the next step in his musical evolution.