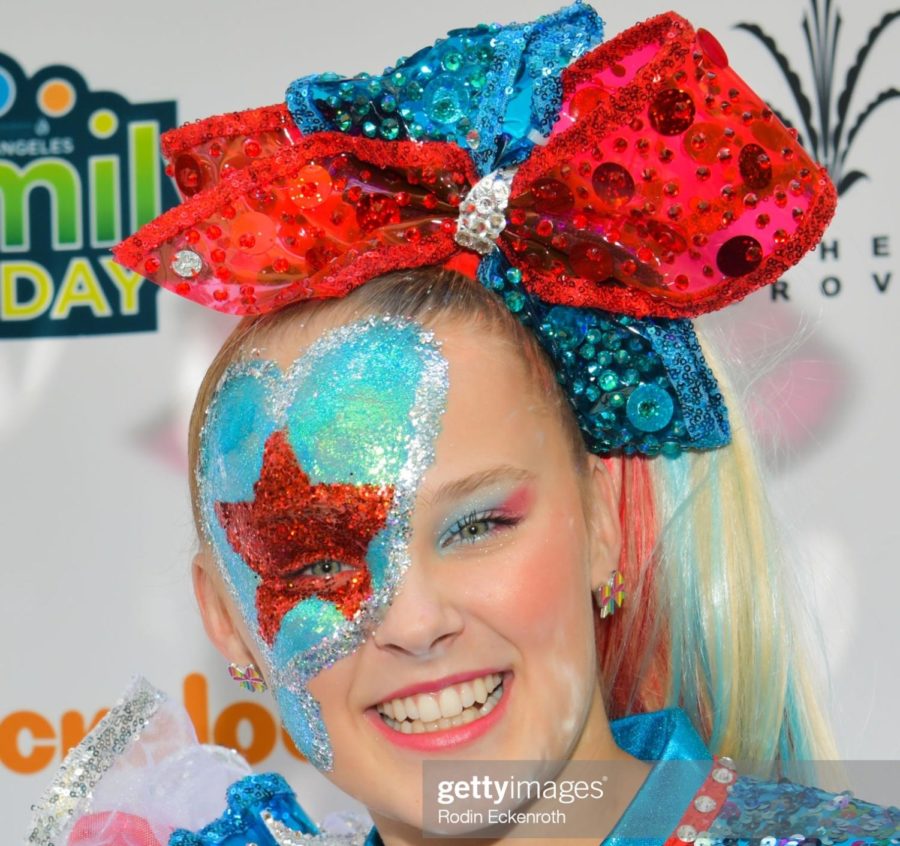 Everyone knows Jojo Siwa. If you never heard about her you’re either living under a rock or old. JoJo Siwa is a 17-year-old internet personality; she is known for appearing on Dance Moms and also for her “colorful” appearance. While Siwa’s target audience consists of little girls who love to dance and sing, she has a strong presence in teen culture.

Most teens know her as the over-energetic girl with too many bows, but on January 20, no one was talking about her accessories, but rather her coming out.  JoJo posted a TikTok of her lip syncing to Lady Gaga’s “Born This Way,” and two days later JoJo confirmed by tweeting a picture wearing a shirt that proclaiming her as the “Best. Gay. Cousin” with a caption that read, “My cousin got me a new shirt.” People’s reaction to her coming out was insane; her short TikTok accumulated 51.7 million views and a separate video of JoJo with her girlfriend racked up 76.5 million views.

People may dismissively wonder, “Why does this matter?” The answer to the question lies in her influence on children. Millions of kids watch her videos, go to her concerts, and buy her merch. Her public image is monetized and as such her public persona appeals to children.  However, that is not necessarily a bad thing.  Because of her quirky personality, she can connect with children better. This makes her a highly visible role model to children who look up to her. JoJo’s coming out shows her young audience that it is okay to be part of the LGBTQ+ community and to be proud of who you are.

Society is more progressive and accepting, but coming to terms with sexuality will be difficult for some. Representation often helps and seeing someone you can relate to being part of the LGBTQ+ community can be comforting and it help normalize the fluid nature of sexuality. However, representation is limited, and it’s hard to find shows where queer people aren’t just labeled as the “gay best friend” or marginalized in some other stereotypical manner. As people get older they have the option to independently seek out representation, but younger people aren’t necessarily in a position to do so. When JoJo openly declares herself and her personal identity, it helps children to become familiar with previously unspoken or silenced perspectives.

While people have been supportive and happy for her and honestly, JoJo has been the butt of jokes on many different occasions, calling her called a “giant baby” due to her tall stature and her childish personality. She’s been made fun of because of her hairline and she’s been photoshopped into countless memes, but even throughout all this, she spreads her message of self-love and ignoring hate. This time, thankfully, people are not poking fun at her, but instead showing her massive support and love.