What a Time to be a Chicago Baseball Fan 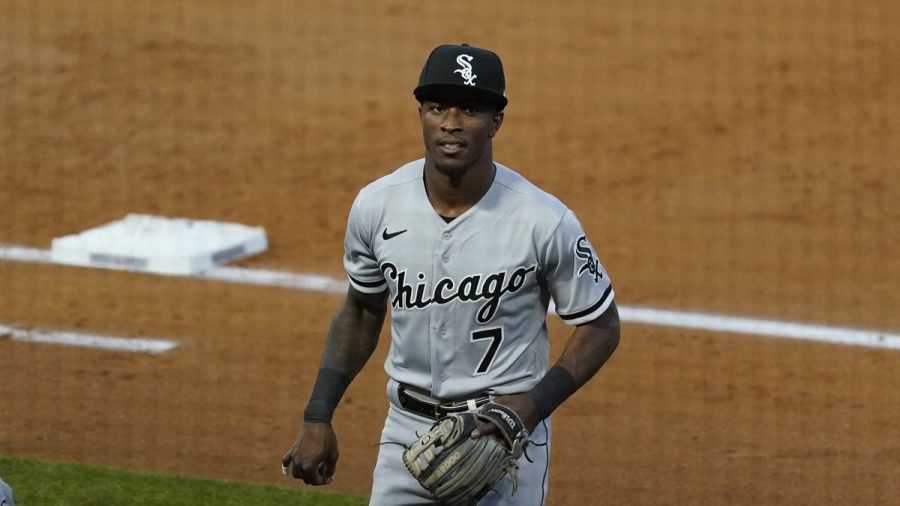 Tim Anderson patrols the infield for the White Sox

The Chicago White Sox and the Chicago Cubs have made the playoffs together just twice since 1906, and we won’t see it happen this year. Currently, the Chicago White Sox are first place in the American League Central by 10.5 games over Cleveland. The Cubs, on the other hand, are in fourth place in the National League Central and are 24 games behind division leading Milwaukee and 10 games back in the wild card race.

The Chicago Cubs started this season off with second year manager David Ross leading the team to a 44-46 record by the all-star break. At the time, the Cubs were hoping to still make the playoffs. That is until Kris Bryant, Anthony Rizzo, Javier Báez, and Craig Kimbrel were traded. The Cubs have only won 15 games since. The struggle has been real ever since. After trading away their star players, the Cubs are now going into a rebuild.

But not all is bleak. As a 30 year old rookie, third baseman Patrick Wisdom has been really good in his first full season, setting a Cubs rookie record with 27 home runs. First baseman Frank Schwindel is getting his first real chance on an MLB team, and he has been delivering with a .366 batting average and 11 home runs since his call-up at the trade deadline. The pitching staff has high upside with veteran pitchers like Kyle Hendricks and Zach Davies.

On the other side of town though, the first place White Sox are preparing for a deep postseason run. After acquiring Craig Kimbrel from the Cubs they have improved their bullpen to be one of the best on paper, even though the bullpen has struggled at times.

Although the Sox jumped out to a lead in the division. they struggled to find consistent offense after losing Eloy Jimenez, Luis Robert, and second baseman Nick Madrigal(since been traded to the Cubs as part of the Craig Kimbrel deal) who was having a career season.

Carlos Rodon has been pitching lights out in his first full season back including a no-hitter early in the season. Lance Lynn has been amazing since being acquired via traded in the offseason. Lynn posts a 2.59 ERA on the season. Lucas Giolito regressed from his ace status, but he has still been pitching well. Dylan Cease and Reynoldo Lopez have pitched when needed. Cease has a 4.22 ERA and Lopez has a 2.05 ERA. Dallas Keuchel started out pitching well but has slowly regressed and is now the Sox worst starting pitcher with a 5.33 ERA and in jeopardy of not making the playoff roster.

The bullpen has been decent, but with the off-season approaching the White Sox are hoping the deep bullpen can deliver.

Early season injuries opened the door for players like Gavin Sheets and Brian Goodwin to step up to the challenge. Sheets has 9 home runs while Goodwin has 8 in limited duty. At the trade deadline, the White Sox also acquired second baseman Cesar Hernandez who has filled a positional need for the Sox after losing Nick Madrigal. Yasmani Grandal, who is arguably the best catcher in baseball, went down for about 2 months, yet his statistics say he is one of the most impactful players in all of baseball.

With reigning MVP Jose Abreu and team leader Tim Anderson, this White Sox team is looking into the playoffs, while the Cubs are looking at the future. Needless to say, whichever side of town your loyalties hold, it’s an exciting time to be a Chicago baseball fan.